The snow-filled stunt not only marked the launch of the new vehicle but also celebrated the 70th anniversary of the original debut of Corvette in New York City.

“The launch of the Chevrolet Corvette E-Ray is a significant moment and we wanted to make sure that the event was truly special,” said Adam Williams, president of MagicSnow. “The partnership between MagicSnow and Rockefeller Center ensured that our snow would not only add to the ambiance, but also highlight the driving capabilities of this iconic sportscar.  We couldn’t be more pleased with the outcome.”

Corvette’s snowy launch at Rockefeller Center was the perfect setting, drawing in crowds of onlookers and media, and also featured in a live segment on the TODAY show with Al Roker.

MagicSnow and Rockefeller Center are proud to have played a role in such a memorable event and look forward to partnering on future events.

MagicSnow can create a real-life winter wonderland anywhere in the world, no matter the temperature or location. We are the entertainment industry’s best source for realistic snow effects, snow making technology and fully produced snow experiences.

Rockefeller Center is filled with real snow created by MagicSnow for the launch of the all-new 2024 Corvette E-Ray. 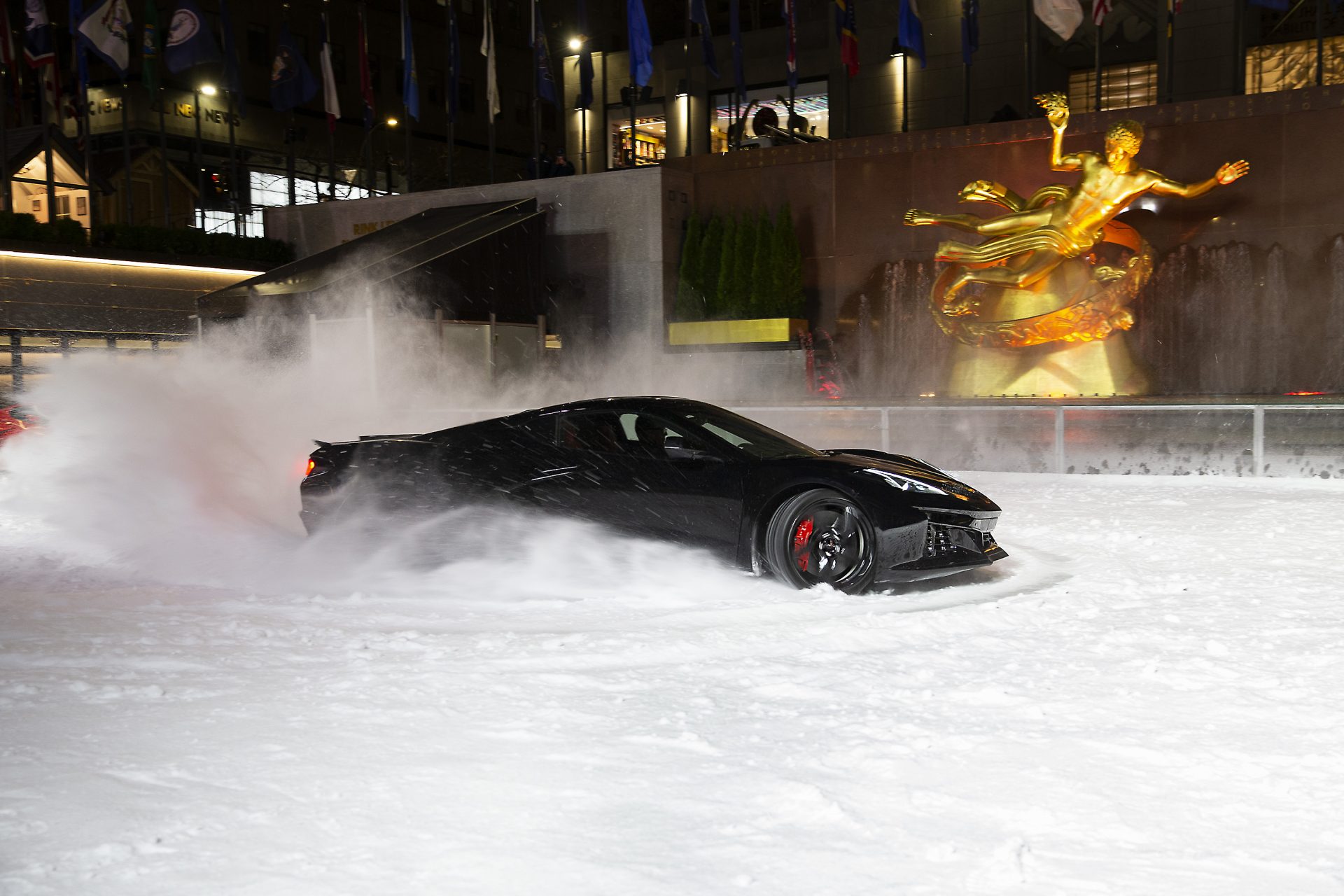 The 2024 Corvette E-Ray proves its versatility with a mesmerizing display of precision driving in real snow at Rockefeller Center.